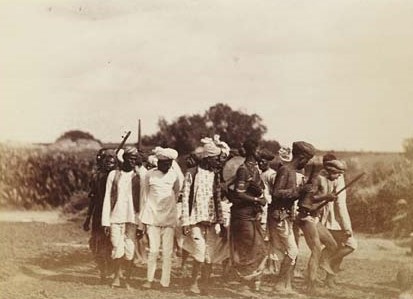 Cannabis has a long and fascinating history around the globe and can be dated back to Ancient China . Circa 2700 BC. Marijuana has been used in many forms for centuries and perceptions of the plant have changed dramatically back and forth over the years.

In this post we will look at the first evidence of cannabis being cultivated, and its origins before Australia, and then dive into the history or recreational use throughout Australia over the years.

The first evidence we have of cannabis being used dates back over 12,000 years ago to Ancient China. Archaeologists have discovered evidence of hemp ropes being used, and hemp being made into paper, clothing, as well as it being made into bowstrings for use during wars.

In approximately 2700 BC, Great Emperor Shennong of China, started researching into using plants as medicines, and actually used himself as a guinea pig for natural cures and remedies. After experimenting with a variety of natural materials, he created the ‘Compendium of Materia Medica,’ an encyclopaedia of various natural cures.

Cannabis was created in this encyclopaedia and was also known as ‘ma.’ After some time, the Chinese began to realise that the female cannabis plant had stronger properties and so started to breed only the female plants to produce medicines to help with a variety of medical conditions, such as pain, malaria, lack of appetite, inflammation, and rheumatism.

There are also the first records during this time of doctors giving patients cannabis-infused tea, to treat issues like malaria and gout.

Medicinal remedies of cannabis also appear in the texts of the Greek, Indian Hindus, Romans, and Assyrians. In India, circa 1000 B.C, a cannabis drink called ‘Bhang’ was created to help with a variety of medical ailments.

In Hindu legends, Shiva, who is considered one of the supreme forms of gods, had the nickname ‘Lord of Bhang,’ as it was his favourite ‘food.’ The ancient Hindu’s believed that using cannabis for its medicinal purposes ‘pleased the gods.’

Cannabis became known in ancient Egypt, Greece, Europe and around the world as a plant with therapeutic benefits. From India, cannabis is said to have travelled to Africa and then on to South America. The Scythians first brough cannabis to Europe in around 800 B.C. The Vikings made hemp into for ropes Circa 850 AD. There is also evidence of it being made into sails by the Italians in around 1000 AD.

Marijuana was first brought over to England in the 9th century, by the Romans. The English used cannabis at this time to use as fibre for textiles and to make into industrial materials such as rope.

Cannabis is thought to have been introduced to Iraq around 1230 AD by Bahraini rulers travelling to the country. There have also been smoking pipes discovered from Ethiopia from approximately 1320 AD which were believed to have traces of cannabis in them.

The first reported restrictions of cannabis are thought to be dated around the 14th century in Islamic countries. Soudoun Sheikouni, the emir of the Joneima in Arabia, tried to restrict use of cannabis sometime in the 1300s.

In 1535 King Henry VIII in the United Kingdom, ordered every farmer to sow a quarter of an acre of hemp per 60 acres of their land. In 1563, Queen Elizabeth I introduced a £5 fine for any farmer not growing the required amount of cannabis. After a while, hemp was cheaper to be imported from overseas, and the English would buy a lot of it from the US.

Irish doctor William Brooke O’Shaughnessy was one of the first to introduce marijuana to Western medicine, and it is thought that Queen Victoria used cannabis to help with menstrual pain.

It is in the 16th century that we first see use of cannabis in the Americas when slaves from Africa brought over marijuana seeds to Brazil. Hemp farming started in the US in the 17th century and by the 18th century, the therapeutics benefits of cannabis were starting to be officially recognised across the US and Europe.

In the 19th century extracts and tinctures were created and sold for medical problems, although these were likely to be much less potent as the extracts you see today, as they were not yet able to create the high concentrates we have today.

In the Western countries, hemp was widely spreading and was being used everywhere for its industrial and textile properties. This period of industrial growth saw hemp commonly being used for its easiness of growing and for the quantities it could produce. More medicines were also being produced for therapeutic benefits and being sold in European and US pharmacies.

In the 19th century, attitudes began to change over the recreational use of cannabis. The use of marijuana in the lower classes in Egypt and Turkey started to create a social division and people began to associate cannabis negatively.

In the United States, propaganda campaigns were created to try and put people off using cannabis, focusing on Mexicans and African-Americans turning ‘violent’ when using cannabis. The film Reefer Madness was released, showing how cannabis can cause mental instability and violence.

During the 1960’s cannabis remained popular with the Baby Boomer generation, and widespread cannabis use was prevalent during this turbulent time of the Vietnam War.

In the 1970’s and 1980’s, the use of cannabis as a medicinal drug started to be researched again, as a possible treatment for AIDS and cancer. In 1996, California became the first U.S. state make medical cannabis legal, contradictory to federal law.

The start of the 21st century saw more US states legalise the use of medicinal cannabis, and by 2018 around half of the US had legalised for medical purposes. As of 2021 over 40 countries have medical cannabis legal in some form, and that number is ever-growing.

As well as legalising marijuana for medical use, many countries are now starting to either decriminalise or completely legalise the personal use of cannabis. In many countries such as, Canada, several US states, and even in the ACT in Australia, you are now allowed to grow a small number of plants at home for recreational use.

The laws around cannabis are constantly changing, and as more evidence starts coming to light about the medical benefits of the pant, as well as CBD oil and other extracts, the number of countries legalising cannabis will surely increase.

History of Cannabis use in Australia

The first known origins of cannabis in Australia date back to 1788, when Sir Joseph Banks, an English naturalist, botanist, and explorer, ordered the first fleet of hemp seeds. Hemp was known for its versatile usages, including to make sails, textiles, rope and even medicine. Hemp was widespread in Australia and grown for its raw materials.

Sir Joseph Banks saw the potential of the vast Australian land, to grow hemp to be used in Britain’s naval fleets and to help fuel the economy. Philip King, the NSW Governor in 1803, sent a letter to Banks, writing: “from a pint of hemp seed, sent from India in 1802, I have now sown 10 acres for government. it grows in the utmost luxuriance and is generally from six to 10 feet in height.” Although initial excitement, the hemp industry down under never really took off.

In the 1830s the findings of the Irish physician Dr. William O’Shaughnessy also made their way to Australia. In 19th century Australia cannabis was being used both for recreational and therapeutic benefits, and you could even buy joints known as ‘Cigares de Joy’. These cigarettes were known to help with influenza, asthma, and bronchitis.

The film Reefer Madness soon made its way to Australia and after some time articles against the use of cannabis started being written as how smoking a joint ‘causes its victims to behave like raving sex maniacs.’

Henry Anslinger, a member of US government, with the Bureau of Narcotics, had already tried to persuade the UK to criminalise cannabis, without success, so he then tried with Australia. They listened and banned the drug.

Still, during this time of the 1960’s, along with the Vietnam War, recreational use of cannabis was very much widespread, and rumours spread of a 65-kilometre-long plot of wild cannabis growing in the Hunter Valley of New South Wales. Television crews soon arrived and showed workers at this wild farm, waist deep in cannabis plants.

The police warned residents that any ‘marijuana hunters’ would be prosecuted, and newspapers warned people off the drug that could ‘destroy your teenagers.’ Many people, to be known as the ‘Weed Raiders,’ attempted to take advantage of this wild weed growing. Over the next 5 years, with the government struggling to burn the hemp as there was so much of it, the police and the weed raiders went back and forth, with the police rumoured to reward any farmer that could help catch a weed raider.

Around two hundred hectares of wild cannabis were known to be growing in this region, and for the hippies of the day, it really was the golden age of cannabis in Australia. As the Hunter Valley weed started to be burnt off, or got more difficult to steal, more cannabis started to arrive, being brought into the country by soldiers on leave from the US army.

After the Labour party won the election in 1972, the prosecutions for cannabis use notably went down. A couple of years later in 1974, there were no reported prosecutions at all for personal cannabis use. Gough Whitlam, the labour prime minister at the time, was looking to decriminalise cannabis but before this took place, he was dismissed from cabinet.

Meanwhile, after the League of Nations founded the 1925 Geneva Convention, a transnational treaty for drug control, cannabis was added to the list of banned substances. The Egyptian government asked for cannabis to be added after ‘insanity’ due to hashish use was taking over his country.

Initially the Commonwealth Health Department director of Australia advised that only opium was of concern, and not that of cannabis use. Eventually though, after pressure from other countries, more bans of cannabis were being seen worldwide. The state of Victoria was the first to ban cannabis for personal use in 1928, followed by New South Wales in 1935. The other states soon followed suit.

The 21st century saw a further change in attitudes toward cannabis worldwide and its medicinal benefits started to be researched again. Australia eventually legalised the medicinal use of cannabis in October 2016. The Therapeutic Goods Administration (TGA) in Australia runs the medicinal cannabis program and you can only get access to it after being prescribed it by a doctor.

On January 31, 2020, it was made legal for residents in the ACT to grow a small amount of cannabis at home for personal use, and to posses up to 50g of flowers. The plants must be grown on private property, with two per individual or four per household.

As of 2021 CBD oil is now legal in Australia and can be bought over the counter but it must have at least 98% CBD concentration and no more than 2% of THC or other cannabinoids.

The process has gone back and forth over the years but as of today, more and more research into cannabis, particularly the medicinal usages are taking place.

If you live in an area where you can grow your weed the legal way, why not buy your seeds right here! At CG Australia we have high quality seeds that are shipped locally.