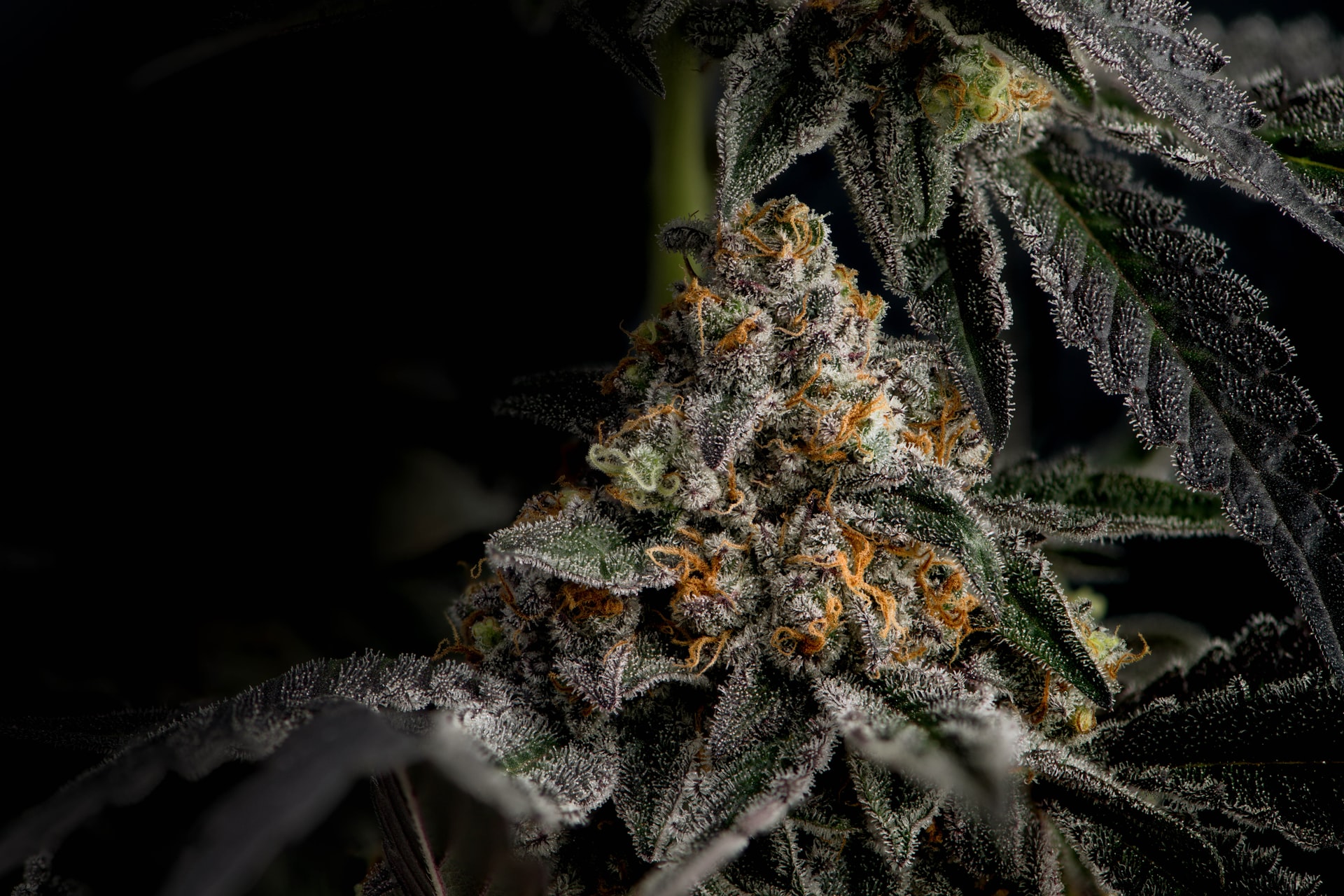 With some Australian states now allowing residents to grow a small amount of home-grown cannabis, many people are turning to home cultivation to help with medicinal therapies.

For those of you who are legally allowed to grow your own cannabis, you may be wondering what the benefits are for medicinal purposes, and whether they may help to relive any symptoms you may be experiencing.

There is evidence to suggest that medicinal marijuana does have a variety of benefits when it comes to treating a whole bunch of ailments, from pain to inflammation and anxiety. Cannabis users from around the globe have been reporting the benefits of its use for years, and more and more scientific evidence is popping up to agree with this theory.

In this post we will take a look at some of the possible benefits of growing your own medicinal cannabis. Please note at Cannabis Growing Australia we advise you to look up the rules of your state, before purchasing any seeds.

You have full control over what you grow

When growing your own medicinal cannabis, you have full control over which strains you grow. Each strain has a different THC and CBD content and will create different effects within the body. THC is the psychoactive compound of the cannabis plant and is what gives you that ‘high’. CBD has no psychoactive properties and is generally recognised as being better for medicinal purposes.

CBD provides the medical benefits, without the high, which may help in scenarios where you need to drive, or just simply be ‘fully present’. It is also worth noting that more evidence needs to be completed into the negative side effects of THC. Evidence suggests that THC can create either a depressant or stimulating effect in some users. If someone is already experiencing a mental health problem, there is the potential for this to worsen.

We always recommended speaking to a doctor and getting the right medical advise before using a new strain for medicinal consumption. You can also purchase strains that are low in THC, and high in CBD, reducing the effects of the THC component. However, some high THC strains have also been reported by users for great medical benefits, so it really comes down to a personal decision of what is best for you.

By growing the strains yourself, you are able to test which one works best for you, and have fun experimenting at the same time! You can also try adding CBD to your cooking. We have a few cannabis edible recipes here.

One of the common reasons people like to grow their own medicinal cannabis is to help with long term pain. For people who suffer from this ailment, it can be hugely debilitating and quite frankly make you feel pretty depressed.

The use of CBD specifically may even be safer to use than other prescribed alternatives, such as opioids, which can be extremely addictive in some cases.

Cannabis contains many more cannabinoids, other than THC or CBD, which we hear about all the time. These cannabinoids can help relive long term pain conditions such as neuropathic pain, arthritis, headaches, migraines , endometriosis, fibromyalgia, and pain from cancer.

CBD in cannabis is said to help with inflammation caused by several conditions like rheumatoid arthritis and Crohn’s disease.

Evidence suggests that using cannabis can help to control seizures from a number of disorders, such as epilepsy and Parkinson’s disease, and also help manage muscle spasms in people suffering from Multiple Sclerosis, Dystonia, and Dravet syndrome. Epidyolex is now used in Australia to treat seizures for Lennox-Gastaut syndrome and Dravet syndrome in patients over 2 years of age.

Cannabis can also be used as a muscle relaxant, helping to ease the effects of muscle spasticity and paralysis.

Cannabis could help with depression and anxiety

There is some research to suggest that the endocannabinoid compounds found in cannabis can assist in mood stabilisation, which can ease depression and anxiety in some people. It may also help with symptoms of PTSD (post traumatic stress disorder).

A study by University of Buffalo suggests endocannabinoids (chemical compounds) in the brain work the same receptors as those found in cannabis. These receptors are linked to mood and stress, suggesting that the compounds in cannabis could help to regulate mood and stress levels. This may also help with children with autism, who may have violent mood swings.

Several studies, including by one by Shannon et al, found that CBD was particularly useful in treating anxiety, with the study finding anxiety was reduced by 79.2% in participants after the first month.

It is worth noting though that for people who already have a higher chance of developing a condition like psychosis, the use of cannabis could potentially make this worse. Smoking cannabis, especially those strains with a high THC content, may not work for everyone, and the effects could therefore trigger further mental disorders, particularly with regular use of cannabis.

The evidence is still in its infancy into whether cannabis can actually help depression or end up causing it in some users. Always speak first with a medical professional if you are at risk of developing a mental health condition, or if you are generally worried about the effects. They can help best advise on the correct methods and medications for you. What works for one person may not necessarily work for you.

Medicinal cannabis may help with insomnia

For anyone who has experience insomnia, and for Aussies that’s around 1 in 10 people at any given time, you will know just how frustrating it is and how it can affect your day-to-day life.

Whether you are having trouble getting off to sleep, staying asleep, or waking up in the middle of the night, medicinal cannabis has been shown to help in some situations. Some strains are better than others to treat sleep problems. Some high THC stains have been known to help give users a ‘sedating’ effect, but for those of you whose anxiety is keeping you up, a high THC strain probably won’t be best for you. High THC strains may in fact make any anxiety worse, so pick a strain with low THC and more CBD if you find the effects of THC too strong.

Helps to relive symptoms of ADHD

Attention deficit hyperactivity disorder (ADHD) is a disorder which can lead to a lack of focus, cognitive ability, and concentration. People with ADHD are often hyperactive, have trouble focusing, get distracted easily and can be quite impulsive. For those with ADHD the brain produces less dopamine, which is what leads to that lack of concentration and memory.

Research by Dr. David Bearman suggests that the cannabinoids found in cannabis interact with the brain’s dopamine levels, potentially increasing it. Medications like Adderall and Ritalin also increase dopamine levels, but they also come with some negative side effects. When taken in a controlled way, cannabis could have the potential to alleviate symptoms without the negative effects.

Whilst, again, more research needs to be completed, this is a promising sign for ADHD patients.

Cannabis could help with your metabolism

Cannabis could help to regulate the metabolism by helping to regulate insulin levels and other metabolic hormones in the body. By helping the regulate metabolism, this could lead to a positive effect on those trying to lose weight by efficiently managing calorie consumption.

Some strains are mood boosting

Cannabis strains with terpenes like pinene and limonene and produce uplifting and energetic effects. Remember that each strain will cause varying reactions for different people. It is best to start small, and test which strain/ level of THC or CBD works best for you. The beauty of growing your own medicinal cannabis is that you have control over which strains you grow!

Medicinal cannabis can help with nausea

Cannabinoids found in cannabis are thought to help control the symptoms of nausea. A lead trial funded by the NSW government found that participants had a ‘significant improvement in nausea and vomiting from chemotherapy’. The trial is ongoing, with the results being used to determine if this is the best treatment option.

Cannabis could help with creativity

A side effect often reported by cannabis users is an increase in creativity, and this is seen in the US with an increase in the popularity of ‘puff and paint’ art classes. The research behinds this suggest that the compounds in cannabis may interact and make more active the brains frontal lobe, which is where creativity comes from. By increasing blood flow to the frontal lobe, creativity may also be increased.

However, it is important to remember that everyone experiences cannabis differently, and you will also need to find the right amount to intake for this theory to prove true. Smoking too much could create stronger effects and end up inhibiting creativity! There is also some research to suggest that people who are already highly creative may not see a huge improvement, compared to those who generally do not have a creative mind. As with all things, do what is best for you, experiment in a safe and legal way.

We hope you have enjoyed this read on the benefits of growing your own medical cannabis. For further information on growing, please check out our grow guides on the site. To buy seeds from Australia, head over to our seed shop.