There are many reasons you may choose to grow indoors. This could be because of security, to create a clean environment (particularly if growing medical cannabis) or simply to have complete control over the light, temperature, humidity, and nutrients your plant receives. It can also be a practical way of growing if you do not have much space. If you are after multiple harvests a year, indoor growing could be a great option, as you are in control of the light cycles, instead of having to rely on the weather seasons to initiate flowering.

The disadvantages of indoor growing is that it can be hard to set up and then will require constant monitoring and effort to control. It can also be costly initially, to set up.

First of all, you will need to pick a suitable place to grow your cannabis. This could be a designated room, or in a tent, or even in a wardrobe. First time growers should start small, whilst learning the process. This way, it will be cheaper to set up and if any problems occur with your crop, you wont loose as much money throwing away any damaged plants.

When thinking of your space, make sure to leave enough room for you to work around. You will need to consider lighting, fans and other equipment so allow enough space for you to work easily. If growing in a wardrobe, you can take the plants out to care for them.

You must ensure the space is clean and easy to clean. Materials such as wood, and carpet can be hard to clean. Make it as easy as possible to maintain the cleanliness of your set up.

You also need to ensure that when the lights are off, it is completely dark in the room. Even the smallest amount of light can confuse plants and could slow down the growth period.

Temperature and humidity need to be accurately controlled. Make sure that your room is well ventilated and not too humid. You can buy air-conditioned units or fans, as well as humidifiers and dehumidifiers to adjust the temperature and humidity to the optimal levels. The room should be around 21-29 degrees Celsius when the lights are on, and around 14-21 when they are off. Remember these temperatures can vary depending on which cannabis strain you are growing and the stage of growth cycle. 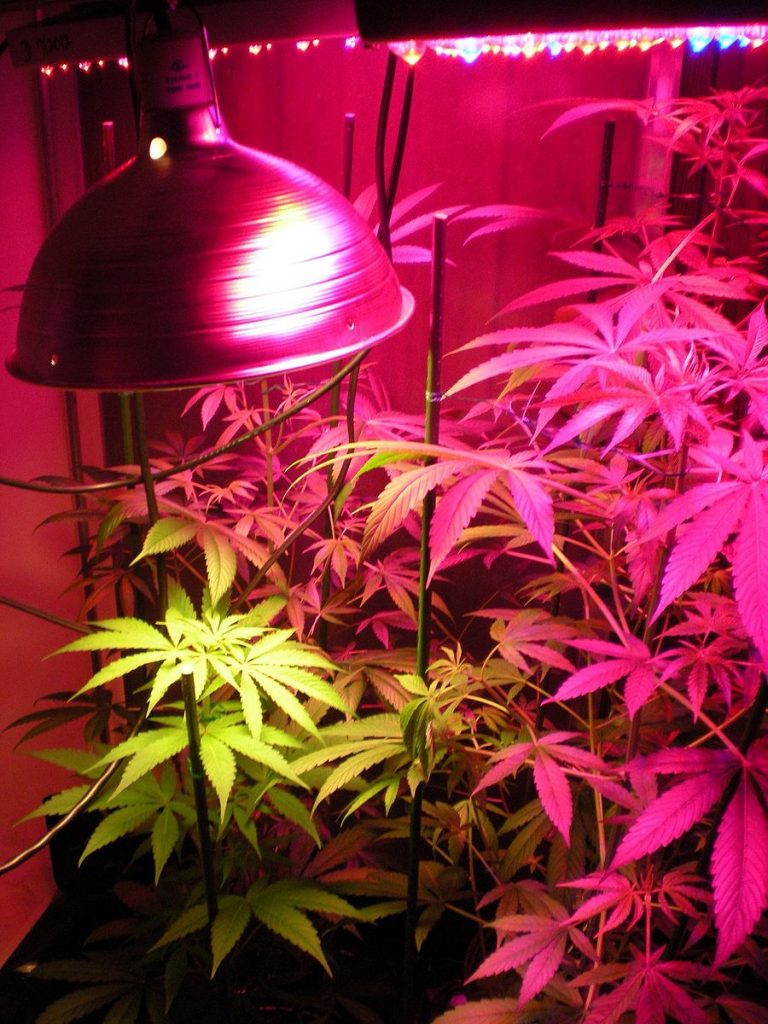 Grow rooms can be complicated to set up, but if done well they can be fairly easily to maintain. You will need to put in the effort to monitor your set up, but it can provide you with complete control over growing your plants. You can control the light cycle, which will trigger flowering, the temperature and humidity (allowing the best environment for your plants) and you know exactly what is going into your cannabis plant. It also decreases the chance for insects and pests, as with growing outdoors.

This could be in a designated set up, such as a tent. This type of set up is great for those you do not have access to a window for natural light or who do not want their cannabis growing in full display. This way of growing can produce specific effects and higher yields if done right.

This type of set up can range from placing your plant by a windowsill, so it still gets natural sunlight (even if it is through glass) and a greenhouse that is heated from inside. A lot of grower’s love using the natural light and think it is best for growing cannabis, due to the wide range of the sun’s rays. 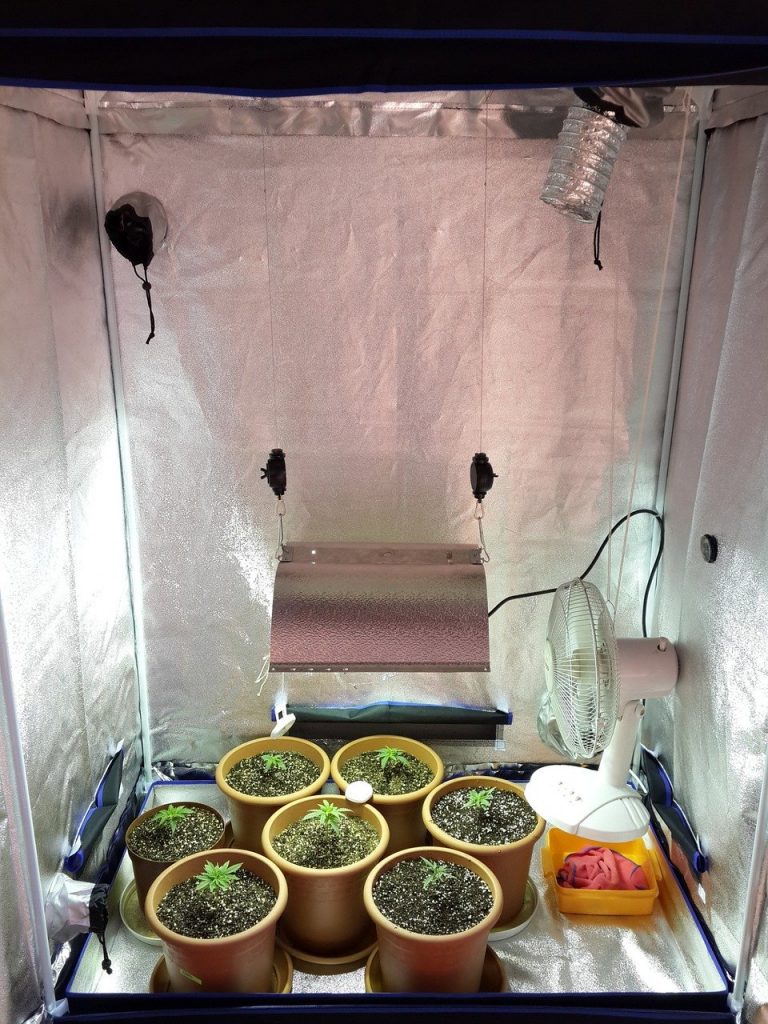 what do i need to grow cannabis indoors?

Lighting is an important aspect of growing cannabis indoors, so try and get some good quality lighting. Here is a brief explanation on the main laughing used in indoor set ups.

These lights are the standard used within the industry and provide great quality, are effective and good value. MH (metal halide) lights are used during the vegetative stage and create a white, blueish effect. HPS (high pressure sodium) lighting is used during the flowering stage and produces a warm, red/orange light. HID lights can produce a lot of heat and it would be best to use a hood reflector on each light.

HID lights may not be as effective as LED lighting, but they cost a lot less. Magnetic versions are cheaper than digital lights but are not as efficient and run much hotter. If you can afford to buy digital, then do it, but avoid the cheap knock offs as they are commonly ineffective.

LED lights can be extremely efficient for indoor cannabis growing. They use less electricity, produce less heat (which is a good as you do not want too much), include a wide spectrum of light and can last much longer than other types of light. The only drawback is their cost, which can be ten times higher than with HID lighting.

High output fluorescent grow lights are great for those on a lower budget or with a smaller crop set up. They can be cheaper to set up, as they do not produce a high heat, such as HID lights. This means you will not have to fork out the cost for a cooling system. They can be less effective than the previous two methods, as they use less light per wattage, as well as taking up more space.

Carbon dioxide (CO2) is essential to the growth of your cannabis plants, so you will need to provide a well ventilates space and fresh air for your plants to grow to their full potential. This can be achieved by using an air filter on one side of the room (on the floor) and an exhaust fan on the other side of the room (higher up), which will help remove excess warm air from the room.

Monitoring the climate of your room can vary with using expensive climate control systems that will control everything, to a basic thermostat and timer. If you are starting out or are on a budget, you can control the light of your room by using a timer to control the lighting. The exhaust fan can be set at a particular level, so that if it starts to get too hot in the room- it will automatically come on.